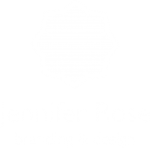 Working with The World Health Organization

In the last 6 months I have been commissioned to work on several projects for The World Health Organization (WHO). The most recent and largest, commissioned by the Health Systems, Governance and Financing Team was to produce materials for the new UHC2030 global partnership. UHC2030 is a global movement to build stronger health systems to achieve universal health coverage and audiences for the materials range from UN organisations, to governments to civil society organisations in developing countries. The visual identity was already in place and I was commissioned to produce a range of materials including a landmark vision paper, banners, postcards, and partnership graphics.

Back in January I was commissioned by the Health Financing Policy team at WHO to create a visual representation of country-level spending data. The data showed how high spending on specific health interventions doesn’t necessarily lead to good results. Full details in my portfolio.

I then started working with the Service Delivery and Safety team. They needed a visual identity for the Integrated People-Centred Health Services global framework (IPCHS). IPCHS aims to transform the way health services operate around the world by making sure they focus on people and their real everyday needs. Full details in my portfolio.

I’ve really enjoyed these challenging projects along with meeting loads of new amazing people. I’m now on the WHO suppliers list so looking forward to more to come!

Body – A Graphic Guide to Us is finished! It’s just been signed off and will be in the shops from November. It’s hard to believe that discussions and contracts for this large scale book project started in July 2015. It’s been a challenging and amazing project to work on. I am really going to miss working with the Andrew Baker, he’s created stunning illustrations that truly make this book what it is. Well, along with the typography and layout of course! In a few weeks time we will both be heading to the publishers for final proofing and a well earned glass or Prosecco (or two). Andrew is currently preparing for a solo exhibition where a selection of spreads from the book will be on display – details here.

I’ve not been keeping you all up-to-date recently! I have been busy working on several projects: Astrum had a new suite of brochures; M1 Fine Art had new exhibtions; AbleChildAfrica had their annual review and gala; plus I’ve been busying away on the human body infographic book, we’ve hit the half-way mark! I’ve got some exciting projects in the pipeline too, an amazing new charity children’s book for The Chestnut Tree and some very interesting branding work. So, I’d better get back to it all then!

I’ve just completed the exhibition materials for M1 Fine Art‘s upcoming exhibition and it’s a really interesting one! Day&Night opens on the 29th January and there is going to be a pretty exciting private view… live animals in the gallery! And not just the fluffy ones from her ‘Day’ artwork, also ones that feature in her ‘night’ artwork. I have to say that if there is a snake I will be staying well away! But I’ve heard it’s just a friendly crocodile, so that’s fine then, right? I’ll follow this up with some photos but in the mean time do read her bio on the gallery website.

It’s amazing to be able to say I was part of this year’s TEDxBrighton! I had a stand in the Ideas Lab, which was also in the Brighton Dome. The Ideas Lab is a showcase of local businesses, entrepreneurs and projects in Brighton and beyond.

I was showcasing my animal illustrations and also had a showreel of graphic design projects. I had a fantastic reponse and meet some fabulous people. A big thank you to eveyone who came to talk to me and bought prints and cards.

At the start of October (I can’t believe it’s October already!) I was booked as the Art Director for the latest Oxford International photoshoot.  I was working along side the photographer Richard Lea-Hair, this was first time I had worked with him and I have to say he’s brilliant! We were on location in the mornings and out in busy London in the afternoons – look at the weather we got for both days! We were feeling very blessed with those blue skies. Fingers crossed I have that luck for any other upcoming shoots.

I’ve just completed the exhibition materials for M1 Fine Art‘s upcoming exhibition, and it’s a pretty big one! Hans Schwarz, The Greenwich years starts 1st October. All work included in the exhibition was created in the final 33 years of Schwarz’s life (while he lived and worked in Greenwich, London); credited as being the most superlative of his career.

Collectors already include: The National Portrait Gallery, National Maritime Museum, Science Museum and The University of Cambridge… So go check it out!

This week I’ll be working on a new international pathways brochure for the Oxford International Educational Group. They already have their brand guidelines set (I was very pleased to hear their brand font is Din, a favourite of mine) and great new images from a recent photoshoot. They are a great company to work with and I’ll post some samples when we’re a bit further into the project.

You may have seen a couple of scientific/human body infographics in my portfolio. These were commissioned by a publisher for a BLAD at London Book Fair.  The good news is that the book has been given the go-ahead to become a full book. I was initially asked to produce all the infographics for the full book but unfortunately timings meant I could not do this, but, I am pleased and excited to announce that I am being brought into the project as the Art Director. It is a long term project so more updates and visuals to come.

I’m in the shops!

My framed prints and cards are now being sold at a fabulous seafront shop, Ark, in Rottingdean. The shop owner has taken on all of the designs and I am pleased that Margo, Arthur, George and friends are in safe hands. I am hoping they all find new homes to settle into soon. They are in my portfolio here if you want to take a closer look and also available to buy in my Etsy shop.

It’s no secret that I am a bit of a robot fan, so to be asked to layout two books, one on robots and one on aliens, is rather exciting! These will be children’s paper model books with Top Trump style playing cards. I’m currently working on both BLADS for Frankfurt Book Fair and will then be producing the full books. I’ll put up some visuals as soon as I can. Can’t wait to see them in the shops!

AbleChildAfrica is a regular client and I am really excited that they secured a Radio 4 Appeal to help with their fundraising. The appeal was led by one of their patrons, Dame Evelyn Glennie, I Love the photo above of her playing the drums! I produced a number or digital market materials to help promote the appeal. There were 3 airings but you can still listen here and it’s never too late to donate of course! Next up is their annual ball so more updates on these guys soon.